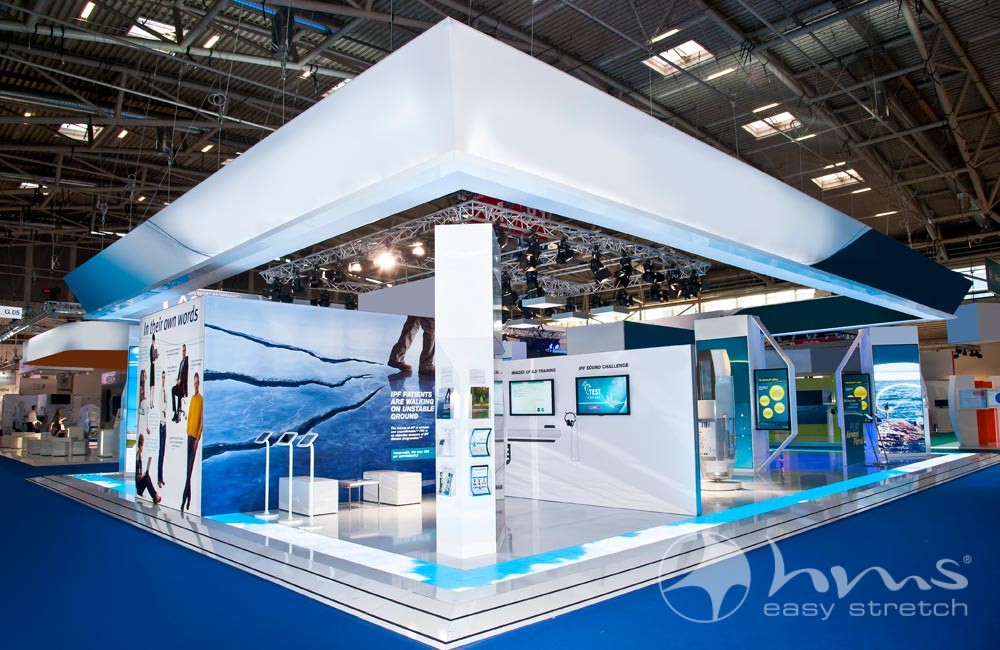 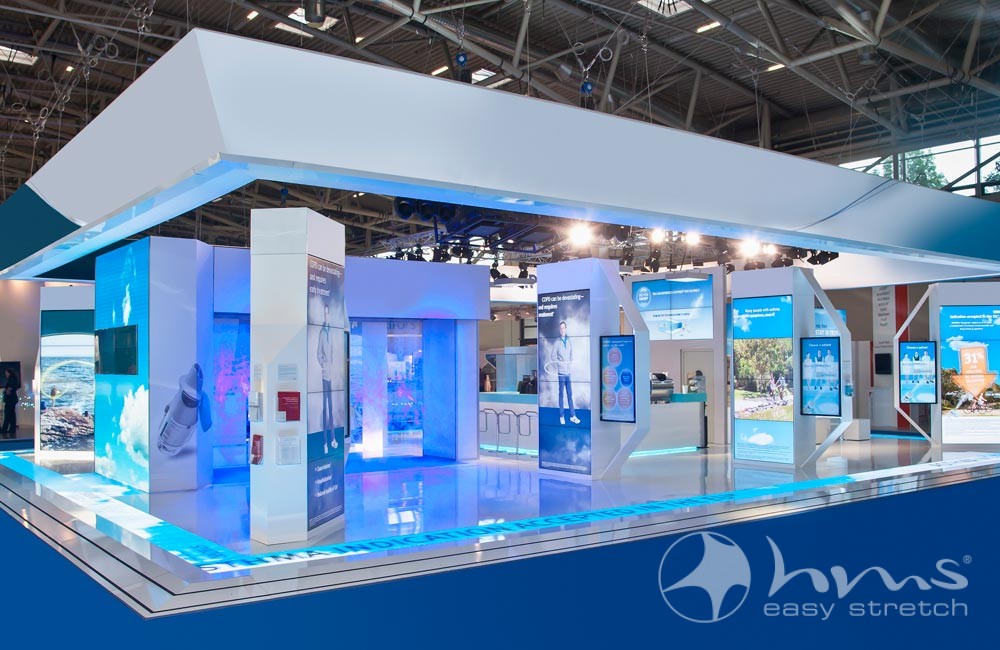 hms easy stretch has realised another banner for the ERS (European Respiratory Society) congress, which was held in Munich on 6-10 September, based on a draft design by Public Address Messebau. The central feature of the 18 x 14 metre banner was that it was produced in a slightly bevelled form. It thus only needed two days to be installed in Munich by the assembly team from Public Address Messebau in cooperation with hms easy stretch. The banner was made from KR-500 and powder coated in white, after which appropriate illumination was created by Public Address Messebau, provided by an LED lighting system attached to the lower front rail of the construction.

Rather than short-lived trends, the Stoll company from Reutlingen stands for sustainability, forward-looking quality and…

With the aid of an adapter, all easy air covers can be modified for use…